‘Grit’ overtakes ‘It.’ At the Royal Rumble, Edge and Beth Phoenix successfully defeated The Miz and Maryse in a Mixed Tag Team Match. This marks the first time that Edge and Beth Phoenix ever teamed and the second month in a row that Edge defeated The Miz on pay-per-view. Mixed Tag Team Match Edge & Beth Phoenix vs. The Miz & Maryse The match begins with Phoenix chasing a running Maryse around the ring, Miz looks to get Maryse out of the ring and Phoenix knocks her into him so they crash on the arena floor. Maryse gets in the ring and she immediately tags Miz into the ring, Miz confronts Phoenix and Edge attacks him before landing multiple corner clotheslines. Maryse interferes and that allows Miz to knock Edge to the arena floor, Miz gets Edge back in the ring before kicking him in the face. Miz stands over a downed Edge before landing butt smashes to his back, Miz then lands multiple It Kicks to the still down Edge. Edge avoids the final kick before rolling up Miz for a near fall, Miz recovers and he drops Edge with a neck breaker for a near fall. Miz drags Edge to the ropes before choking him on the middle rope, Maryse interferes and she slaps Edge while the ref was distracted. Phoenix gets angry and she chases Maryse around while holding a chair, Edge recovers and he nails Miz with a DDT. Edge knocks Miz out of the ring before Maryse goes after him, Phoenix tags in and she immediately drops Maryse a few times. Phoenix mounts a downed Maryse before bashing her head on the mat a few times, Phoenix follows up by nailing Maryse with a spinning side slam for a near fall. Miz interferes and Phoenix confronts him in the middle of the ring, Phoenix gets Miz in the corner before landing strikes and stomps. Maryse grabs her loaded purse and she hits Phoenix with it while the ref was distracted for a near fall, Maryse stands over a downed Phoenix while stomping away on her. Maryse keeps Phoenix down while applying a camel clutch to her, Phoenix powers herself to get free and she looks for a Glam Slam before a double clothesline drops them both. Miz tags in and Edge immediately drops him with some clotheslines, Edge then hits Miz with a reverse X-Factor for a near fall. Maryse distracts Edge while he was climbing the ropes and Edge meets him up there, Phoenix attacks Maryse before getting Miz off the ropes with a power bomb. Edge then hits Miz with a top rope elbow drop for a near fall, Maryse attacks Phoenix from behind before sending her into the ring steps. Edge then nails Miz with a flapjack before setting up for the spear, Maryse grabs the leg of Edge and that allows Miz to send him charging into the corner. Maryse then nails Edge with a top rope hurricarana while Miz distracts the referee, Miz then hits Edge with a Skull Crushing Finale for a near fall. Miz and Maryse look for a double Skull Crushing Finale until Phoenix breaks it up, Phoenix and Edge then hit Miz with a double spear. Phoenix and Edge then hit Miz and Maryse with double Glam Slams for a three count. Winners: Edge & Beth Phoenix The #Glamazon plants @mikethemiz!#RoyalRumble @TheBethPhoenix pic.twitter.com/cqZ6jShK2i — WWE (@WWE) January 30, 2022 Look at the POWER of @TheBethPhoenix!#RoyalRumble @EdgeRatedR pic.twitter.com/1VkNnQ1mca — WWE (@WWE) January 30, 2022 GRIT is victorious at #RoyalRumble @EdgeRatedR @TheBethPhoenix pic.twitter.com/Mphr7k70uD — WWE (@WWE) January 30, 2022 Keep track of everything happening at the Royal Rumble by checking out Fightful’s live coverage. You can also watch along with the Fightful crew over on our Twitch channel. Finally, we will have a post-show review immediately following the event’s conclusion. 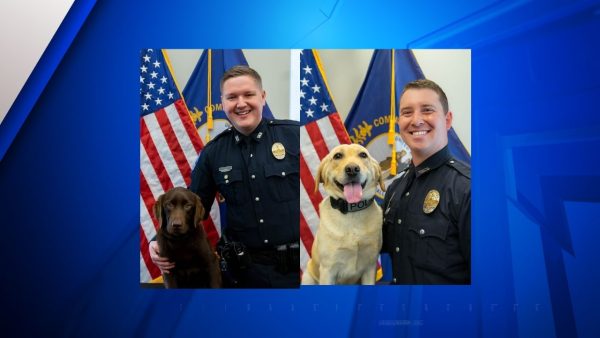