The companies are in the early stages of opening an outpost at 69 NE 41st Street, across the street from the Institute of Contemporary Art, according to sources with knowledge of the plan.

“We’re finishing up a deal,” Jeff Zalaznick, a partner in Major Food Group, confirmed, adding that the exact concept has yet to be decided.

The Miami location marks the companies’ second joint venture. Last year in Paris near the Champs-Élysées, the pair opened Sadelle’s at Kith, where the hospitality group’s Jewish deli concept is housed inside a Kith clothing store.

The Design District outpost is likely to become a flagship destination for both companies, given the building’s size. The three-story structure spans 37,326 square feet, including a 13,125-square-foot ground floor.

The building’s most recent tenant, TheArsenale, a purveyor of cutting-edge vehicles, vacated the space last month and relocated a mile south to Wynwood at 2450 NW 2nd Avenue, a spokesman for TheArsenale told Commercial Observer.

Major Food Group and Kith’s flagship underlines Miami’s retail boom. As the city grows as a tech and financial center, retail businesses have flocked there as well.

The Design District, developed by Craig Robins, is considered the pinnacle of luxury shopping in Miami. It’s home to marquee fashion names including Louis Vuitton and Chanel as well some of the city’s trendiest gastronomic hotspots such as the renowned Itamae and L’Atelier de Joel Robuchon.

A Kith and Major Food Group team-up represents a marriage of the most sought-after names in fashion and food.

Founded by Ronnie Fieg, Kith started with two sneaker boutiques in New York City in 2011 and is now one of the most hyped streetwear labels. The brand’s profile grew as streetwear took over the fashion industry, permeating into the designs of luxury houses, such as Louis Vuitton and Balenciaga.

The brand functions as both a fashion label and a retailer. It produces its own merchandise, which ranges from apparel to sleds and pens, while also curating products from other lines within Kith stores and its website.

Kith is perhaps best known for its collaboration with notable entities Nike, Versace, BMW, among a long list of others. The merchandise stemming from those alliances often sells out within minutes.

The retailer now has 10 stores worldwide, including one in Miami’s South Beach. It’s unclear whether the Miami Beach store will remain open.

Major Food Group came onto the New York scene around the same time as Kith. The hospitality group —  led by chefs Mario Carbone, Rich Torrisi along with Zalaznick — has launched some of New York’s most popular restaurants over the past decade.

When its marquee restaurant, Carbone, began offering delivery meals soon after COVID-19 hit, the police were called twice in one week to disperse a crowd of hungry patrons and delivery people.

This past year, Major Food Group zeroed in on South Florida, opening a slew of restaurants. These included a Carbone outpost in South Beach, which became a celebrity hot-spot, Israeli restaurant HaSalon nearby along Washington Avenue, as well as ZZ’s Sushi Bar, a private club in the Design District.

The company launched Sadelle’s eateries in Coconut Grove and Boca Raton and plans to open a 10,000-square-foot flagship in Miami Beach.

Welcome to the Design District

The Design District, spread across eight-city blocks between 41 and 38th Streets, is a shopping district, home to the fashion’s most storied and exciting brands.

Two decades ago, developer Craig Robins began acquiring parcels across the Buena Vista neighborhood. In 2010, Robins’ Dacra and LVMH-backed L Catterton Real Estate teamed up to redevelop the neighborhood into an outdoor retail center, dashed with a taste of art.

With modern-art installations placed throughout the district and the support from luxury conglomerate LVMH, it has become the retail destination in Miami for luxury brands to make a splash.

Dior not only opened separate women’s and men’s stores, but also a café. Chanel, which opened its flagship store last month, reportedly spent $40 million on the build-out of the boutique. Last year, Fendi redecorated the café adjacent to its shop.

Julia Echikson can be reached at jechikson@commercialobserver.com. 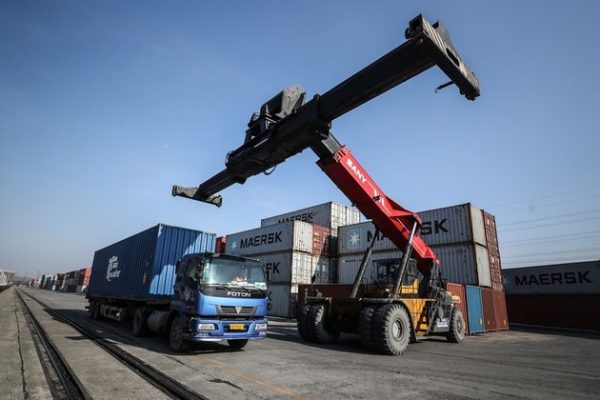 China would continue to contribute to the global economy, especially with the Belt and Road Initiative, and the Regional Comprehensive Economic Partnership (RCEP) agreement, said Turkish economist Sinan Alcin. 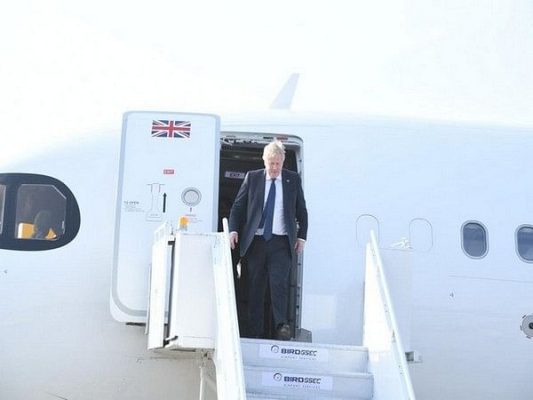 Ahmedabad (Gujarat) [India], April 21 (ANI): UK Prime Minister Boris Johnson on Thursday landed in Gujarat’s Ahmedabad for a two-day visit to India with focus on stepping up cooperation in the Indo-Pacific, giving momentum to negotiations on Free Trade Agreement (FTA) between the two countries as well as enhancing defence ties.
Johnson started his visit from Ahmedabad where he is scheduled to meet with leading business gr

The Senate Committee on Banking, Housing and Urban Affairs confirmed the nomination of Sandra Thompson to serve as the next director of the Federal Housing Finance Agency, sending her nomination to the full Senate.

The vote passed 13 to 11, with all 12 of the committee’s Democrats and one Republican voting in favor of advancing Thompson’s nomination.

Thompson in a statement said that she appreciates the support from Committee members and looks “forward to continuing to work with Congress as [she] fulfills [her] current role as Acting Director while the nomination process proceeds.”

In February 2022, the confirmation process of Thompson and a handful of Fed nominees stalled after Senate Republicans boycotted the vote.

At the time, Pennsylvania Sen. Patrick Toomey, the ranking Republican on the committee, critiqued the nomination of Sarah Bloom Raskin, who was nominated to be vice chair for supervision of the Federal Reserve.

Toomey questioned Raskin’s ties to Reserve Trust Company, a Colorado-based fintech startup that gained access to the Fed’s payment system in 2018. After Democratic West Virginia Sen. Joe Manchin said he would not vote for Raskin due to her views on climate change, Raskin withdrew her nomination.

The committee’s confirmation of Thompson, who has been leading the FHFA since June 2021, will be welcome news to many industry stakeholders and affordable housing advocates who have been calling on her confirmation.

Bob Broeksmit, president of the Mortgage Bankers Association, called Thompson “a breath of fresh air” during the ICE Experience Conference in Las Vegas this week.

“Her administration is really focusing on the ways in which Fannie Mae and Freddie can achieve its mission to make homeownership available and affordable to low- to- moderate income borrowers and to black and Hispanic borrowers who own homes at shamefully lower rates in this country, than people who look like me,” he said. “And I think that Fannie and Freddie, under Sandra Thompson’s direction, will come up with some really innovative ideas.”

Early on in her tenure leading the FHFA, Thompson said that she would prioritize sustainable lending practices and expand credit to underserved communities.

“As a longtime regulator, I am committed to making sure our nation’s housing finance systems and our regulated entities operate in a safe and sound manner,” Thompson said in June 2021, when she was appointed acting director. “We can accomplish this, and at the same time have a laser focus on mission and community investment. There is a widespread lack of affordable housing and access to credit, especially in communities of color.”

Since then, Thompson has made substantial headway. Within three months of her tenure, she set new affordability benchmarks to expand access to credit in underserved communities, made on-time rental payment history part of Fannie Mae’s underwriting process and signed a historic interagency fair lending agreement.